The history of Mesa dates back more than 2,000 years to the arrival of the Hohokam native peoples. The Hohokam, whose name means ‘All Used Up’ or ‘The Departed Ones’, built the original canal system parts of which are still being used today. The canals were the largest and most sophisticated in the prehistoric New World transforming the Sonoran Desert into an agricultural oasis.

After the disappearance of the Hohokam and before the arrival of the early settlers little is known, as explorers did not venture into this area. By the late 19th century near present-day Mesa, U.S. Army troops subdued the Apache opening the way for settlement.

Mormon pioneer Daniel Webster Jones led an expedition to start a Mormon community in Arizona in March 1877 and arrived at an area they called Lehi, on the northern edge of present-day Mesa. At the same time, another group called the First Mesa Company arrived from Utah and Idaho and settled at the top of the mesa that now serves as the city’s namesake. On July 17, 1878, Mesa City was registered as a 1-square-mile town and the first school was built in 1879. In 1883, Mesa City was officially incorporated with a population of 300 people.

With the opening of Falcon Field and Williams Field in the 1940s, military personnel began to move into the Mesa area. With the introduction of air conditioning in the 1950s and 1960s the population exploded in Mesa as well as in the rest of the Phoenix area. Industry—especially early aerospace companies—grew in the 1950s and 1960s.  Today, Mesa (which is Spanish for ‘tabletop’ or ‘tableland’) is Arizona’s third largest city. 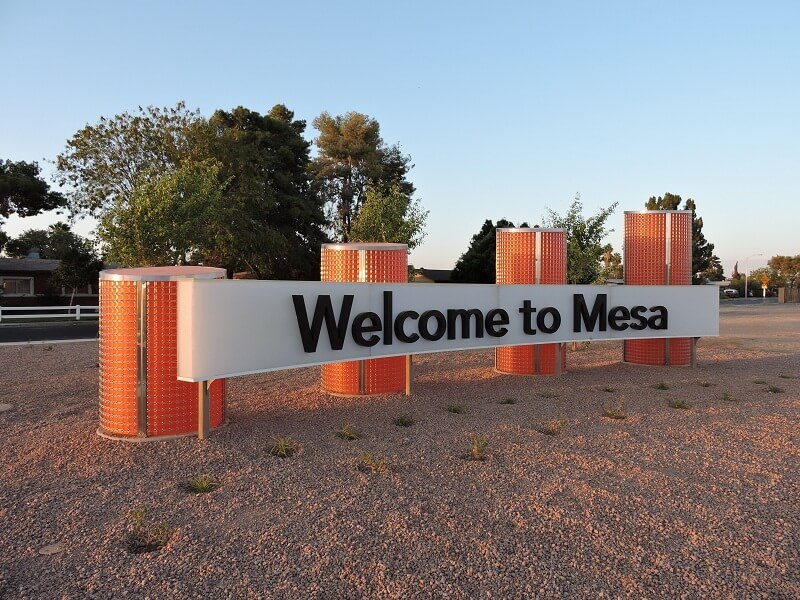 Injury Hotline is Mesa, Arizona’s most respected work injury and personal injury specialist company.  We provide a wide range of guidance and expert assistance for those who have been injured at work, or in an auto or truck accident.